We were well into the coronavirus shutdown when the idea came to me: 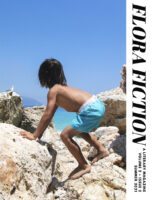 Suppose a couple came to a retirement community (like the one where I live) explicitly to enjoy — separately — the huge variety of activities offered. And then suppose the pandemic forced them into close quarters, on each other’s nerves?
Flora Fiction, one of America’s literary magazines that still are printed as well as online, invited submissions for its Summer 2021 issue on the theme of ‘Freedom’. They had already published one of my earlier stories; this one sounded like a good fit. You can read it online ==>>here (but that gets you to a huge PDF for a cumbersome move to page 57, so) it’s probably easier to read ==>>here

When Caustic Frolic, which published my short story “Adoptees” a year ago, announced that their

theme for Spring 2021 would be “Retrospect”, I had an entry already in mind. I find daily joy in an electronic picture frame daughter Emily prepared for Brad, and which is now mine. It has a lifetime’s photos in a thin package; I called the resulting piece “In Surreal Time”. You can read it now (command/control-plus will enlarge the type) in the new issue

Usually, when a half-dozen or so magazines have turned down one of my stories, I go back to see if I can improve it. Usually, the story is accepted on my next round of offerings. Once in a while, I have another go at improvement, but then I may stubbornly think it’s a good story and keep sending it out until

some second- or third-tier magazine likes it.
My “Gigolo” set a record, turned down seven dozen times (!) before Goat’s Milk Magazine, a Canadian online litmag, accepted it.
They published it with some typos, including my name (!), but you can read it at their website, here==>>

I suppose that most fiction draws

here and there from the author’s own life. Even science fiction usually involves some very terrestrial human emotions.
In any case, you will surely recognize me between the lines of my “Vigil,” published today by The River, the online edition of a magazine called Sandy River. You can read it here==>>

I’ve tried a few times to write for The First Line, which as its name implies offers a prompt that must become the opening words. Last fall they wanted “loud music filled the room.” I concocted a story about a teenager waiting his turn to perform with the state orchestra, and called it Fortissimo. When it was turned down, I offered it elsewhere. An unusual online magazine,

The Creativity Webzine, took only four days to snap it up and make it the lead piece in their March issue. You can read it ==>>here.  (Alth0ugh frankly, I find their typography — every line centered — difficult; you may find it easier to read right here.)

contents of an older friend’s decorative shelves. Not sure what to do with it, I set it aside. A year later, the germ of a short story came to me; I finished a first draft, called it Bric-a-Brac Secrets, and set it aside to ripen. Another year went by; I polished it, renamed it, and began sending it out.

Within three months, it was accepted by a magazine called 1932 Quarterly; I withdrew it from consideration elsewhere and waited to see it in print. And waited; and waited. Finally I poked around, and learned that 1932 Quarterly had gone out of business! Disheartened, I did nothing for a while, but finally began sending Tchotchkes out again.

At last! An online magazine called The Metaworker took it, and it’s finally out. You can read it ==>>here

It’s fun to observe and reflect on the regular visits of sons, daughters

and grandchildren to a senior retirement community like mine. A year ago I was struck by the enthusiasm of a daughter who didn’t look in the least like the father she came to see and help. I was prompted to concoct a short story that was in due course turned down by more than a dozen literary magazines.
Then along came a call from a small press compiling an anthology of stories about “goodness in our lives.” Sure enough, in just over two weeks they snapped up my “The Redhead.” You can read it ===> here.

A literary magazine based in Texas, called The First Line, routinely invites stories

using its opening words, and I sometimes use such prompts to stir up the writing juices. Last April they invited stories whose opening words were “The door was locked.”

I concocted a story appropriate to the pandemic era. They declined it, but another magazine, Montana Mouthful, invited stories on the theme of “quarantine,” and I sent it to them. Their door wasn’t locked; you can read it my story  ==>>here.

First Line’s prompt for its next issue, by the way, is: “Loud music filled the room, making it hard to hear anything else.” Think about that one.