Picture a community of 250 retirees, a quarter of whom don’t have or use computers. Most of the rest are as technologically challenged as you might expect of a group whose median age is 85, with only a handful having achieved– often with the help of children and grandchildren–modest proficiency.

Most are men and women (men outnumbered two to one, a standard demographic 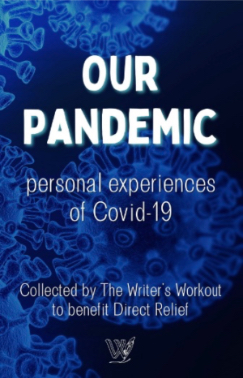 among American seniors) of well-above-average income. That had enabled them to buy into guaranteed lifetime care–joining a dozen retired clergy of more modest means, on whose behalf the enterprise was initiated.

It is an open, friendly community, busily engaged in committees serving the common weal. They entertain themselves with–or are entertained by–musical performances, film showings, occasional dress-up parties and parades, cards and games, raised vegetable garden beds, a woodworking shop, and walking trails through adjoining meadows and forests, paths pruned and leveled and tidied by one of the many committees.

Now lock them all into their rooms.

That’s what happened at Seabury in Bloomfield, Connecticut in the fourth week of March 2020, at the onset of the great COVID plague. There’s a note on the 21st that recurs in my calendar daily thereafter: Dinner brought to door.

Although we all have well-equipped kitchens, most of us had until then taken our evening meals in a pleasant help-yourself buffet “Bistro”–or in a white-tableclothed Main Dining Room whose service was as good as most restaurants. Both were an important part of our social lives, places to make or meet friends.

Suddenly we learned to order from paper menus left on the hallway shelves outside our apartments. We later retrieved our meals left on those shelves in microwaveable plastic food containers.

We had a flurry of COVID cases in March among residents and staff, and a few deaths. The stringent lockdown quickly brought that under control (more effectively than most other such communities), and we all were soon summoned–masked and kept carefully apart–to what would prove a periodic series of vaccinations and boosters.

It didn’t take long for our staff technological wizard to design a way for many of us to consult a menu and order online. Once thoroughly vaccinated, we were allowed to hike upstairs–masked, of course, learning to recognize each other and to recognize smiles despite limited physiognomy–to collect our meals and bring them back to our apartments. Meal pickups were carefully spaced to minimize being crowded into smaller-than-six-foot bubbles. Apart from brief exchanges there or in hallways, we continued to spend most of our days alone.

Loneliness is depressing at any age.

One of the longest-established social activities at Seabury had been the Saturday morning Men’s Mug Club. In a large space with superb acoustics and comfortable seating, as many as 50 could fill a cup at a coffee tankard and gather in concentric circles for conversation about a wide variety of (mostly apolitical) topics.

I had never used Zoom, and had only a little experience with Webex, but I was a quick learner. On the first Saturday in April, I convened our first Zoom Mug Club, with several dozen in attendance. By the end of the month, we had almost a full complement back in attendance, albeit virtually so.

More important, we were the envy of Seabury: Why were these men the only ones to enjoy a social gathering? I was besieged by pleas to help other groups re-gather online. People who felt scattered like wind-blown autumn leaves saw a way to end their isolation.

Within a short time I bought a basic license (at an introductory rate) and found myself Zoom host to more than a dozen committees and gatherings, sometimes four or five a week. There had long been an email listserv (automated email list) of all residents, allowing us to pass along information to each other. (More mundanely, some used it to ask plaintively if anyone had found a misdelivered New York Times on that hallway shelf and wanted to swap for a misdelivered Hartford Courant).

There had also been a few specialized listservs, like one to swap old-folks jokes and another for inveterate trail-walkers to swap photos of unusual flora and fauna, including an occasional deer or bobcat.

With digital words a newly-important form of communication, such listservs multiplied. Within a few months almost every committee had such a one-stroke mailing list with which to tell members the Zoom codes that would admit them to meetings, and to share agendas and minutes.

We still kept masked and distant. It would be many months before any committees were allowed to meet in person, and even then only the smallest groups, ones  that would not unduly compress the safe-distance bubbles. Meanwhile, little by little, a population of distinctly senior citizens–many of whom had children nearing retirement!–became more adept in the virtual world.

There had long been a website that we call The Portal where the cognoscenti shared all kinds of information. A committee of a half a dozen had already been at work to make it more accessible–user-friendly–to more people. That volunteer effort moved into high gear.

Seabury residents gradually grew more comfortable with that part of the online world. Although we are back to (still masked) face-to-face conversations, the Portal and listservs still blossom with suggested books, offers or rides to concerts or shopping or voting, tips about muddy hiking paths, photos of sunsets–a palimpsest of sharing.

There remained–and remains today–a rearguard of five dozen, mostly nonagenarian, who don’t have computers or can’t use them. We learned to print at least some stuff out and tuck it into their mail cubbies, but they are inevitably left on the fringes of the new virtual life.

Today we are almost back to normal, but a new normal. The Bistro and Main Dining Room are open again, but we wear masks until we get to the table, and waiters and waitresses are still always masked. Attendance at movies and other events is still carefully spaced. People again drive into town to go shopping, but watch themselves carefully and test if they sense any unusual sniffle or cough, flush or fart that might symptomize the dreaded pandemic.

In this aftermath, if it can be called that, an astonishing phenomenon presents itself: A significant number of residents prefer meeting by Zoom!

For the hearing-impaired (whose number in this community is considerable), virtual meetings allow them to lip-read, which is impossible in a room full of masked neighbors. And although far from perfect, Zoom’s closed captioning helps. There are also some people, especially those who need walkers to navigate any distance, who simply find it easier to stay at home to join meetings.

Because I have all meetings recorded to the cloud, and pass along the codes to everyone, those who miss meetings can catch up more effectively than by simply reading minutes. A few neighbors help me videotape more important gatherings (the monthly meeting of the Residents Council, monthly life-history storytelling by men and women, for instance) and it’s not uncommon for a hundred people to go to YouTube to review those sessions. Some videos draw more: 147 watched staff members’ progeny–beneficiaries of scholarships most residents help fund–tell about their college studies; 205 watched a memorial service for residents who died in the past year. In addition, an unknowable number watch such events when the videos are rebroadcast on Seabury’s closed-circuit television.

And occasionally, the tally at YouTube tells me that it’s not only my resident neighbors who’ve watched a videotape, but their children, too. They’ve presumably been sent a link to enjoy the fun: 363 saw a video of holiday decorations at people’s doorways; 225 watched a carefully-spaced Halloween parade, and a record 480 watched the dress-up Mardi Gras parade.

We cheer each other up online, banishing solitude and depression. For a generation who came of age writing on noisy clickety-clack typewriters, the pandemic provided the final boost into a still-young new century of digital technology, and a new kind of socialization.