Cindy Swenson, who fed the crew, was afraid of the black widows in the basement of the bunkhouse on the high mountain range. “Scorpions I can live with,” she told Simon. “Big enough they’re hard to miss. Spiders hide in the spaces between things, and sneak up on you.” 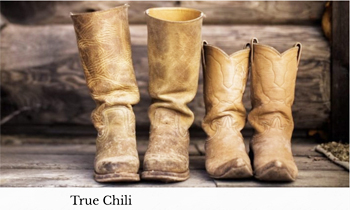 exactly fear the little bastards, but understood they had enough poison to make a man sick for days or even weeks. If for no other purpose than impressing Cindy, he might have gone after them.

He did nothing at first, though, because the younger four were mesmerized. Students at the vo-tech high school down in the valley, they were up there because their instructor, Mr. Keppelbaum, had persuaded the ranch manager to take them on as “interns.”

They were managing 300 cattle, mostly brown-and-white Herefords, spread out over the Circle T’s government-leased summer range. The Inyo-Whites were built of the same massive granite blocks as the Sierra Nevada across the Owens Valley, but were bulky rather than jagged, having been spared glacial etching.

The terrain was sparse grazing, more sagebrush and dwarf juniper than grass; keeping track of the cattle’s browsing peregrinations demanded attention. Almost all the cows had nursing calves in tow. The bulls, their season’s work accomplished, wandered even more widely, sometimes a half day’s ride apart.

Merrick, the wrangler who supervised the student cowboys – Keppelbaum came up only one day a week – won the kids’ attention the first day with advice on scorpions. “Turn each boot upside down before you put it on, and thwack it hard against the bench,” he told them as they gathered in the basement locker room. “They like to curl up overnight someplace cozy like down in the toe.” And sure enough, someone dislodged a scorpion that very morning, to be quickly dispatched with the heel of the same boot.

Merrick was a rangy, clean-shaven veteran with short-cropped grizzled hair. His roan mare knew the mountain so well that he could focus on the cattle. He quickly saw that Simon knew what he was doing, and so dispatched him after breakfast most mornings on his own: “Ride down Crooked Creek to where it joins Wyman, and eyeball the cattle down there. Be sure nobody’s limping or looking logy. Count ‘em; should be 22. And watch for catamount sign.”

A mountain lion had taken a two-year-old heifer a week earlier over on the Lazy J allotment just to the north, and might be on the hunt again any day. Merrick carried a .30-30 rifle in a scabbard slung over his saddle horn.

The kids under his tutelage rode well enough, but were teen-agers. Once they became aware of the basement’s arachnid decoration, every one of them contrived a smartphone selfie alongside a female spider on its web, the telltale red hourglass prominent on its belly. They emailed the photos to girlfriends, who presumably shivered with delight at such bravery.

Simon might have done that himself, but his first two years at State U had been a grind that left him little time for amorous pursuits; he had no girlfriend to impress. Having grown up on a ranch back in the Dakotas, he was fully qualified for this summer job, and keeping track of meandering cattle on a range with cold clean air and magnificent vistas was welcome work.

Merrick evidently understood the kids’ fascination with the spiders, and was indulgent when one of them decided to mark each website with crimson spray paint, a blotch the size of a silver dollar. The basement soon looked as though there’d been an epidemic of giant measles.

Which got Cindy’s attention. Her job involved daily trips to the basement pantry and longer forays once or twice a week to do laundry. The morning after the painting party, the red spots made her aware of two webs between the open ceiling rafters of the pantry, and another above the laundry tubs. Her ultimatum: Either the spiders went or she did.

As blonde and buxom as you’d expect of a Swede, she drove up daily to look after the vo-tech cowboy kids, which meant Simon and Merrick ate a lot better than the cowboy grub they would have made themselves. Her daytime presence was for Simon compensation for spending his evenings with a distinctly juvenile crew of bunkmates.

“Spiders? Burn ‘em,” Merrick advised. “Tell Cindy to bring one of those hand-held propane torches from a hardware store.”

“Got it,” Cindy whispered to Simon next morning. “Hang around after breakfast.”

Having a conspiratorial secret with a handsome young woman was a new experience. They waited until the kids had saddled up and headed out with Merrick, and went downstairs together. Simon screwed the torch assembly onto the tank, and Cindy brought it to life with a match.

The paint blotches made the job easy. They started in the pantry, went on to the laundry tubs and then the rest of the way around the basement. All it took was a quick blast of flame. After each spider had been turned into an ashball, Simon incinerated the web, and let the flame play briefly on the space between the wall or rafter to which the webs had been appended. “Just in case there are babies back there,” he told her.

“My hero!” she said, and gave him a kiss on the cheek that might have been a promise of something more. “I’ll hide the tank in a cardboard box in the pantry in case any more turn up.”

The cowboy kids seemed unaware that their black widow pets had disappeared. The red paint blotches were still there, and they all had photographic evidence, so no one bothered inspecting for new webs or captured prey.

Two days later, though, soon after the kids had gone off with Merrick, another showed up. In the half-enclosed bathroom, an old-fashioned cast-iron sink was bolted to the wall, a porcelain-coated white shell with deep hollows underneath. The spider must have been dozing in those depths – “maybe digesting its latest kill,” Merrick said later – when the paint-balling and torching went on.

Simon had done a few chores nearby, and came back to use the toilet. There was a new gossamer web, two handspans wide, stretching the whole space from under the sink to the concrete floor. He buckled his jeans, flushed and closed the toilet and sat down again to admire the widow’s handiwork. It was elaborately, geometrically patterned, and must have been entirely woven in the hour since everyone had set out to work.

As he sat there, a scorpion appeared, scuttling along on the floor, obviously unaware of the danger ahead. It had just barged into the web when he heard footsteps on the stair.

“Cindy!” he whispered. “Come look at this! Don’t be scared!”

The urgency in his voice made her cautious, but she edged over. “Is it safe?”

“We’re okay. The scorpion’s not. Here, have a seat, and stay quiet. Let’s see what happens next.” He gave her the toilet seat and squatted down on his haunches.

The scorpion thrashed around, trying to free itself but succeeding only in becoming hopelessly enmeshed.

Then suddenly the spider appeared, racing down her web. Simon had only a moment to wonder why spiderwebs were sticky to the prey but not to the predator when she paused a few inches above the scorpion, dancing a little jig.

The scorpion thrashed again. “He’s trying to aim his tail at her,” Simon whispered. “That’s where his stinger is.”

Cindy was obviously fascinated, past fear. “He’s out of luck,” she whispered back.

Sure enough, in another moment the scorpion was immobilized in silk. The spider danced a bit more, then pounced onto the head with what was obviously a decisive poisoned bite. Then just as quickly as she had come down, she raced back up her web and disappeared into the hollow underside of the sink, leaving the scorpion in death throes.

“Got your smartphone, Cindy?”

Cindy had hardly gotten back when the spider reappeared. This time, instead of dancing down the web, she lowered herself down on a new single strand that she was apparently spinning as she came.

The black widow landed on the scorpion’s head, and deployed two forelegs in long, sweeping arcs, cutting the dead creature free from the web that had been its undoing.

In what seemed only moments, the widow had the body free of her snare. She then planted her legs firmly on the scorpion’s corpse, and began ascending the single strand she had come down on, hauling her prize back up. Simon was reminded of an ancient comic strip he’d seen whose top-hatted character Jiggs sat with steelworkers on I-beams being hoisted aloft.

Click! “Do you suppose she reels that thread back into her belly?” Cindy asked.

“Beats me. But it’s the strongest stuff in the world, I’ve read.”

“You read up and tell me later. However it works, that’s a handsome little freight elevator.” Click!

In another moment, both spider and scorpion disappeared into the hollows under the sink.

“Okay, I’ve got to get to work, Cindy. We’ll leave her enjoy the meal.”

“Wait! How about a little scientific inquiry? Don’t you want to know how long that meal lasts?”

“Days, at least. Maybe weeks. We could keep an eye on it.”

Simon persisted. He wanted to know if a male would show up, having somehow evaded the flames that wiped out the others. He wanted to learn how to identify spider egg sacs and see if the feasting widow laid any. He wanted to be on watch when she emerged to weave a new web to catch another scorpion.

“Learning about arachnid life. You could help.”

“Sounds too sophisticated for this country girl. Will watching help your college study?”

“And then you’ll torch it?”

He hesitated. “There’s a rhythm to these critters’ lives. I want to learn it. Then yes.”

“Okay,” she relented. “And thank you for calling me. I wouldn’t have missed it.” She leaned over, apparently to offer another kiss on the cheek.

Seeing it coming, Simon turned to catch it on his lips.

She let the kiss linger a moment, gossamer-light, then pulled back. “How’s about we catch a movie in town one of these nights?”

Amazing what webs spiders spin, he thought. “You’re on.”