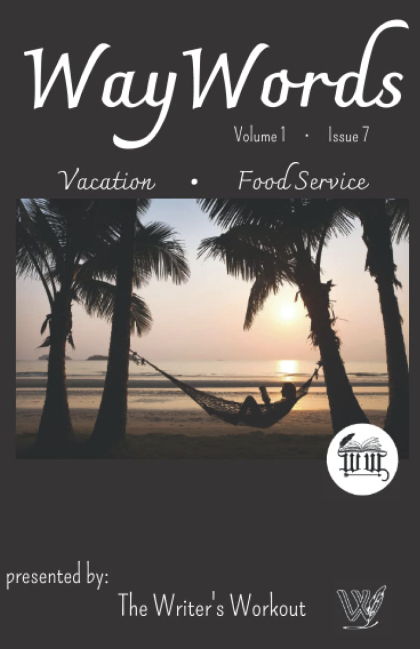 You couldn’t imagine anyone less likely than Flash Brinton to become a vegetarian. Meredith Brinton earned his nickname in the high hurdles while still in junior high, and solidified that sobriquet as a football, basketball and baseball star in Middlefield High and then Ohio State – where he did well enough academically to be snapped up as a Wall Street broker by Goldman Sachs.

A red-blooded man who took his beef that way. Still fit at 50, he took clients to lunch at Serafina Meatpacking, one of the city’s most exclusive eateries, whose waitstaff knew without asking that he wanted his beef grilled in a broiler set to a temperature intense enough to get it to his table smoking hot but still scarlet inside – what came to be called on the menu a Flash Filet.

Now he and Susie were spending a January week in the Galapagos Islands to celebrate an empty nest: all three equally red-blooded boys finally off at college.

The Galapagos are a volcanic spatter in the Pacific Ocean 600 miles from the coast of Ecuador, perhaps best known for a five-week visit by the sailing warship Beagle and its young naturalist, Charles Darwin, who would soon propound new insights into the origins of species.

The islands lie in hot equatorial sunshine, but are rinsed by the cold Humboldt Current streaming north from Antarctica.  That invisible oceanic river, low in salinity, brings enough krill to make The Galapagos one of the world’s great fisheries. That in turn makes them home to an astonishing variety of sea life not usually thought of in tropical waters, like fur seals, sea lions and penguins. All are protected, which makes the islands an ecotourism destination.

A very comfortable tour boat with a fabulous kitchen had brought Flash and Susie within sight of a wide sandy beach, and the ship’s launch brought them ashore. To their astonishment and delight, sea lions basked in the sun as though posing for cameras, while pint-sized Galapagos penguins frolicked with them in the water.

“Susie, I swear that penguin swam right up to my faceplate!”

“One swam up to me, too, dear. I was tempted to reach out and pet him.”

“Fantastic beach. Take a photo of me with your smartphone. I want to remember this.”

So she did, after scooting around to get a lazing sea lion just over his shoulder. “Here, have a look!”

It was a transformative moment. Although he didn’t say it out loud, it came to Flash Brinton that if penguins and sea lions could be so friendly if not threatened, he should stop threatening – and eating – such animals. Back aboard ship at dinner time, a steward brought him a filet mignon broiled just as he had always liked it.

“No thank you, I think I’ll pass tonight.”

“Can I get you something else, sir? The chef has some excellent tuna steaks.”

“No, thanks. Maybe another ear of corn.”

Susie worried. “Are you all right, love?” she asked back in their cabin.

From long experience, she knew better than to argue with him; the best way to entrench her competitive husband in misguided thoughts was to prompt him to defend them. On the other hand, she didn’t look forward to spending the rest of their empty-nest lives cooking two meals at every mealtime, and she felt no pull toward a vegetarian world.

They went back ashore the next day, a different beach but with the same wildlife background. “You know why the seals and sea lions are so plump and sleek, dear?”

“They eat fish. Lots of them. All kinds of fish.”

They swam with the little penguins again. “You know where they get their energy, dear?”

She said nothing more. At dinner that night, he asked for the tuna, and ate every bit.

Next morning, they missed the first launch taking folks ashore. “Tell you what,” he said. “I’ll swim in, and meet you on the beach.”

The tour director overheard. “I wouldn’t do that, sir.”

“Why not? I was a competitive swimmer in college. Still pretty good. It can’t be much more than a quarter-mile.”

The first mate had been waved over to join the conversation. “The reason we’ve anchored out here, sir, is that there’s some unusually deep water just off this beach.”

“It’s deep enough, sir, that there may be something more than seals between here and the beach.”

“Sharks? You think a shark might come after me?”

“There are sharks, sir. Pretty good-sized. But I worry more about the squid.”

“Squid? You mean, like octopus? The kind on menus? Calamari?”

“Giant squid here, sir. Humboldt squid. About as long as you are tall. Fierce enough to attack sharks.”

“And people, sir. Grab them in their tentacles, dive down, drown them, and bite with their beaks. The natives are afraid of them, sir, with good reason.”

“It is, so to speak, a dog-eat-dog world out here, sir. A carnivorous world, even in what looks like a Pacific paradise.”

Susie didn’t say another word; her husband waited patiently for the launch.

And at dinner that night, he ordered steak.

2 thoughts on “A Flash in the Pan”