“For three hours? What was that about?”

“Has it been that long? Let me check my chronometer. You’re right. 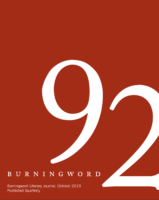 We were in the car, bearing 275 degrees, just past the Plainville laundry he’s favorited on my maps. I think he stopped for a traffic control, and then bingo! Lights out for me.”

“Any idea where he was headed?”

“He’d had me show a map to 24 Cotton Mill Road. We’d have been there in ten minutes.”

“That’s not where you are now.”

“He must not have turned me back on until we got home.”

“417, check your contacts. Who’s on Cotton something road?”

“Eloise Hamilton. He phones her often.”

“I’ll bring up some photos. Here: Last May, almost formal, a handsome woman. July in a bathing suit: Well built. A selfie of the two of them last month: Nice couple.”

“And where’s he been when he called her?”

“Doesn’t seem to matter. Sometimes in the morning, after he’s had me check the weather forecast. Sometimes from Starbucks, after he has me pay for coffee.”

“Do you think he knows he’s an active case?”

“You mean does he know you’re surveilling him? I don’t suppose he would have turned me off today if he didn’t at least think something might be going on.”

“Or just being cautious?”

“Maybe. He bought that book on privacy last week.”

“It’s titled ‘Hiding from the Internet’.”

“Online. The description at Amazon said it was the fourth edition. Subtitle was ‘Eliminating Personal Online Information’.”

“How far has he gotten with it?”

“No idea. He didn’t download it to me. Bought a paperback.”

“He downloaded a Russian-language app the other day.”

“He’s learning Russian? Any other languages?”

“No. He’s occasionally Googled a German or French word, so he must have some facility with those, but hasn’t studied them with me.”

“How’s he doing with Russian?”

“Maybe better to ask Siri. She’s the listener. All I know is that he’s just finished Chapter Four.”

“You mean has he Googled flights to Russia? No. Been to a few Caribbean sites, though.”