The stranger’s new electronic camera was, at first, hard to sell. “It makes every viewer think you’re looking at him. Or her,” he told Anderson Cooper’s CNN producers.

“Exactly. No, not exactly. Better.” 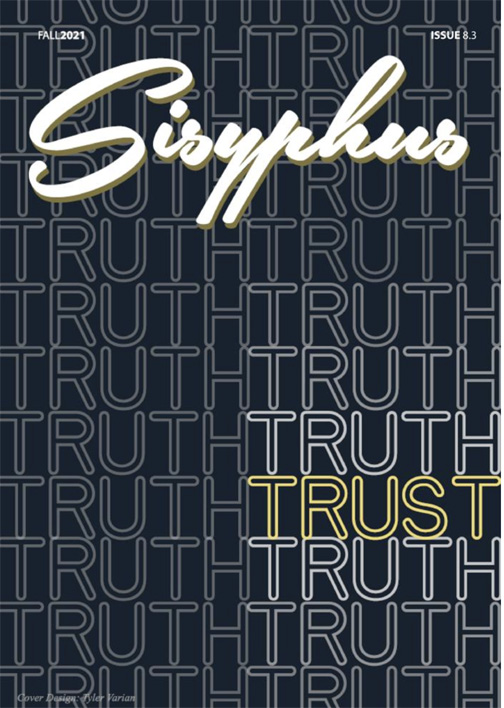 “I ask because, you know, the so-called Mona Lisa effect is mostly an illusion. We’ve talked about it. It depends on where you’re standing.”

“But this is different,” the old fellow insisted. “It’s not just painted eyes. It’s electronic. It doesn’t matter whether they’re on edges of a crowd, or in the front row, or up in the balcony, everyone who looks at their television thinks you’re looking at them. Not just looking: Smiling, even winking.”

“And just how do you make that happen, Mr. Geppetto?”

“Ah, that’s my secret. My invention. That’s why it’s an expensive camera. Why I hope for a comfortable retirement.”

“Like a shaggy-haired old Italian immigrant? È vero. But yes, it’s mine. I’ve been inventing unusual things for a very long time.”

Which was the kind of negative response he got from managers for Rachel Maddow, Tucker Carlson, Diane Sawyer, Norah O’Donnell, Lester Holt and a dozen other television and cable leaders he tried to sell.

But when he turned to politicians, his luck turned. The new speaker of the House, who was assumed to have presidential ambitions, watched a demonstration and decided it worth trying. “If I set it up as a pool feed at my regular news conferences,” he surmised, “the TV teams can have their cameramen take crowd shots, wide shots, that kind of thing, but they’ll mostly use this for a close-up. And I know a supporter who’ll buy it for us.”

So he was the first person to use what would become known as the Geppetto camera (everyone decided to forget the Mona Lisa analogy). And it did exactly what its inventor claimed.

“I love the way he looks right at me,” one man told an interviewer sent out to evaluate the investment. “That man ought to be President.”

“I was in the kitchen making dinner,” another said, “and I’d swear he smiled at me. Very presidential.”

“Hard to explain,” another said. “I had to pay heed, because he was looking right at me and would notice if my attention wandered.”

Word got around; within a month, every network TV and cable network had ordered a Geppetto camera to train on its star.

No one, to that point, noticed what was perhaps the most important element of the new device—which its inventor had never mentioned in all his sales pitches. That element remained for a time unnoticed and unused, because the first one to use it, the House speaker, was known and admired for his candor and honesty. He had the reputation of a man who never lied.

But the next politician to buy a Geppetto, the president of the United States, unwittingly unveiled that unsung element at his very first news conference.

“Mr. President,” a reporter asked, “your personal political organization seems to be raising a lot of money. Have you decided you’re definitely running for another term?”

“I don’t pay much attention to their fundraising,” the President answered. “I’m too busy running the country to spend much time on politics.”

He never felt any different, he told aides later. Few of those among the newspeople noticed it. But everyone watching live at home saw that the President’s nose had grown slightly larger. A few reporters who glanced at the pool camera monitor saw it. So did White House staffers watching a backstage monitor.

The President plowed on. “I’ll worry about a second term when we get a lot closer than we are now. I haven’t given it any thought.”

By now none of the backstage staff, watching the television, could miss a more prominent proboscis. An aide hurried to the podium with a box of Kleenex. The President was taken aback, but he assumed they must have noticed an errant bit of mucus, and so plucked a tissue to gently blot his nose.

In the flesh, it seemed an entirely normal gesture, unremarkable. On TV, though, the white tissue called attention to the oversized nose. His chief of staff hurried up to the podium and whispered to him that there was a very important call he needed to take.

“I apologize,” he said with a genial smile, “they’re telling me there’s something I’ve got to deal with.” Dropping his tissue hand, he pivoted and hurried offstage.

Had he turned away from the Geppetto pool camera, some viewers might have been in doubt. But his hurried pivot was briefly toward the camera lens, and his bulging bugle was for a moment even more prominent.

What happened next at the White House is shrouded in secrecy. It is reasonable to suppose, though, that it paralleled what happened in a dozen newsrooms in the next few hours: everyone watched a replay of the pool camera footage, and everyone saw the tell-tale nose.

Not everyone in the press corps knew about the Geppetto camera, but the speaker of the House was only too glad to identify it, and to let reporters join him in a test. Both he and several reporters uttered falsehoods to his camera, and their noses—as seen on television monitors—all grew in apparent proportion to the outrageousness of their staged untruths.

It was the kind of story that, on a slow news day, utterly commands evening cable and broadcast television. The footage from the Presidential news conference, which amounted to only 38 seconds, was played over and over, as most anchors smirked. The House speaker’s demonstration was repeated again and again. Anchors who had their own Geppetto cameras replicated the demonstration, and then replayed the 38 seconds again.

Network aides were sent scurrying through Washington looking for Mr. Geppetto. He could not be found.

It quickly became apparent, though, that he had anticipated such an event, and was prepared to do business. Those seeking the inventor ended up at the doorstep of a sales agency that—remarkably—had an ample supply of Geppetto cameras, at a price that the day before it would have seemed extortionate. That evening, though, what began to be called “the truth camera” sounded like a bargain. By the next morning, every American television and cable organization that could afford one had people learning to use a new toy and showing it off to viewers.

Needless to say, the pool camera at the President’s next news conference was an ordinary one. It didn’t matter: A dozen Geppettos were on the shoulders and tripods of the news cameramen.

One might have expected the President to stick carefully to the truth, under the circumstances. But he appeared incapable of going much more than ten minutes without indulging his instinct for invention. All the news cameras recorded uniformly the periodic growths and retractions of the presidential nose.

The President announced the next day—through a spokesperson—that he would not seek reelection. In fact, for the balance of his term he communicated primarily through spokespeople.

He had hardly been the only politician in Washington with a penchant for bending the truth, but that week began a new era in American politics. Those who could not refrain from embroidering truth were humiliated—and all of them, with rare bipartisan unanimity, soon decided to join the President in not seeking reelection.

It became fashionable to tell the entire truth in all circumstances, which occasionally led to embarrassment and grief, but by and large Americans were more confident than ever in their government.

Within months, the Geppetto camera was so universally deployed that captains of industry were similarly unmasked as practiced prevaricators. They were toppled as quickly as their political counterparts in Washington.

Geppetto was never seen again. It soon became known that he had purchased a very small island off the coast of South America that had been developed (by a newly-fallen industrial millionaire) into a luxurious fortress.

Rumor had it than in his dotage he had taken up a handicraft of his childhood, making wooden puppets.