Published in Vol 28 of Penumbra, the  Art and Literary Journal of Stanislaus [CA] State, in May 2018

“They ought to arrest people like that,” Felicity said from the back seat. “I hate when they stick their cup in your face!” 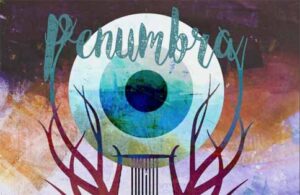 The man on the grass at the foot of the exit ramp didn’t have a cup, and held a sign that read “Will work for food.” Young guy, maybe 25, thin, worn khakis, unkempt haystack of blond hair. Howie looked into the rear-view mirror and leaned right, trying to catch his wife’s eye where she sat behind him. Your guest, sweetie, he wanted to say; you tell her.

Gretchen, after all, was the one who wrote the charity checks. Although not compulsive, every-week churchgoers, they’d agreed on the concept of tithing when they married fourteen years ago. Not being noble, they’d told each other; just sharing with needier people. A few bucks for a panhandler now and then was no big deal.

The two were in back, at Felicity’s suggestion, “so we can talk.” Gretchen didn’t look up, and said nothing.

“I don’t see any cup,” he finally said, shifting to see Felicity in the mirror. “And he’s down by the traffic light, three cars away. Not exactly in your face.”

She looked out and back to Howie in the mirror. “He may walk this way, though.”

Howie’s cousin had gone through some hard times after mustering out a year ago. He thought about mentioning that, or at least pointing out that this poor bastard apparently couldn’t even afford a haircut, and that he was thinly dressed for brisk October weather. The light changed, though, and with cars behind him he couldn’t even stop to give the guy something. He glanced again in the mirror for Gretchen, but she seemed to be studiously ignoring him. Maybe embarrassed by her friend.

Felicity must have noticed. “I’m not opposed to a little charity,” she said, raising her voice. “I give our doorman a hundred-dollar bill every Christmas. But he’s earned it.”

Howie wouldn’t dignify that with a response; he concentrated on the traffic. It was another twenty minutes to their destination, River’s Bend, famously picturesque, where they could leaf-peep and get an ice-cream sundae, but meanwhile the roadside colors were vivid.

Gretchen had been thrilled when her old college roommate phoned, wanting to come for a long weekend to see the famous New England fall foliage. She was from an Italian neighborhood in Chicago, Gretchen recalled; changed her name from Felicia to Felicity and married a business professor who quit the college to start a hedge fund. Now her Robert “had to fly to Europe for a long weekend’s business,” she’d said on the phone, leaving her “alone, staring out at the New York City skyline from twenty stories up.” Might she come renew friendship after a decade and a half of nothing more than exchanged Christmas cards? Of course, Gretchen said.

She’d emerged from the train station towing a huge bright red Gucci suitcase and shouldering a handbag the size of a baby crocodile that looked like real crocodile leather. “Thank you.” She greeted Gretchen with a hug. “Been years since I’ve taken a train. Much more fun than a limo.” She gave Howie a demure kiss on the cheek. “Good to meet you.”

That was Thursday. Gretchen took the day off Friday to show Felicity the town, and something in her changed. Over dinner at a very fancy restaurant – Felicity’s New York concierge had recommended it, and she insisted on treating – Gretchen announced out of the blue that “my Howard enjoys teaching, but has been thinking of something that might better use his MBA.”

An idea that had never even crossed his mind, let alone been a topic of connubial conversation. “What was that about?” he asked Gretchen as they got into bed.

“Never mind,” she said. “I just didn’t want her thinking we were hopelessly stuck in middle-class gentility.” She had then pulled the covers up to her head and rolled away, her don’t-even-think-about-it posture.

The traffic was thinner now, and he could study the two of them in the mirror, gabbing about classmates they’d stayed in touch with or lost track of. Gretchen was still a good-looking woman, but Felicity was a knock-out. If she’d had a facelift to eliminate the sags, it wasn’t evident. She did yoga every morning, she’d told them, and three times a week went to a health club where she had a personal trainer, “a very skillful young man.” Howie found himself wishing it was summer and they were headed to a skimpily-clad beach, but was brought back to reality by a truck overtaking him. He didn’t remember having slowed down.

He got back up to speed without closing on the truck, and glanced back at his wife again, remembering the fiction of his supposed search for a new job. Poor Gretchen must envy Felicity’s expensively-maintained youth. Understandable. Maybe he could give her a spa membership for her birthday. He looked up again, wanting to give her a reassuring wink, but she was deep into woman-chat.

River’s Bend turned out to be spectacular, a pastiche of reds and oranges, yellows and browns reflected in still water that borrowed from an azure sky. A bit chilly, but okay under a cloudless sun. There were at least a hundred others, but Howie found a spot with only the river behind them for a smartphone selfie.

Felicity posed for that, but then unzipped the baby crocodile to extract a Leica and a telescoping tripod. “Just stand over there, the two of you, while I frame it.” She walked unhurriedly to join them and produced a remote. “Smile now.” Howie did his best to look cheerful. Click. “One more.” His smile felt wooden. Click. “Selfies are all right,” she said, “but you can’t get far enough away for a really good picture. I’ll send these to you.”

He suddenly wanted to start back. Happily, there was a line out the door of the River’s Bend shop. “Howzabout we get a tub of ice cream at the store near the house?” he proposed to Gretchen. “We can have our sundaes in the kitchen.”

“Gretchie, do you mind if I take the front seat?” Felicity asked as they neared the car.

“And maybe get to know your Howard a little better — if I can get him to talk.”

He held doors with ceremonial politesse to put her in the front and Gretchen in back behind him so they could still talk across the opening between seats. Pausing behind the car, he took out his wallet. Damn. Just a one and a twenty. He put both into his shirt pocket, stowed the wallet and got in to thread his way out of the parking lot.

He was hardly into the road when she poked him. “You’re annoyed about that panhandler, aren’t you?”

“No,” he lied, staring straight ahead. “But it wouldn’t have done any harm to give him a few bucks.”

“Howie, leave it alone,” Gretchen said. He felt her hand on his shoulder.

“No, I want to talk about it,” Felicity insisted. “He looked healthy. Why doesn’t he get a job?”

“I have no idea. Maybe he spent time in one of our wars. Maybe was in a Humvee that hit an I.E.D.”

“Improvised land mine. Or maybe was part of a raid on a village, traumatized by his own violence. PTSD, you know? Post-traumatic stress. Or maybe none of those. Not our business to cross-examine him, you know?”

“No, it’s all right,” Felicity said. “I asked. So you just give a dollar or two to anyone who holds his hand out?”

“To the least of these my brethren,” he said, eyes still straight ahead.

“Yes. New Testament. Mark, I think.” He glanced at her now, with a smile that felt wicked, then looked to Gretchen in the back seat, hoping she’d go along with a change of plans. “If you’d like, come to church with us in the morning before we take you to the station.”

“I’d hoped for an earlier start than that. I’ll think about it.”

They drove in silence until he drove by the on-ramp to the Interstate.

“Howie,” Gretchen said over his shoulder. “You missed the turn.”

It had been deliberate, but he slapped his forehead in mock surprise. “Right. Thank you. I’ll find a place to turn around.”

Pausing at the off-ramp traffic light, Howie saw the panhandler still there, just ahead, but if he just pulled off the road the guy would be on Felicity’s side of the car. Driving on, he did a U-turn, then crossed the road, facing the wrong way, to the shoulder. He tooted the horn, rolled his window down and waved the fellow over.

The face was weathered, the clothes more tattered than Howie had noticed driving by. The eyes seemed vacant, the smile forced.

“Thank you, soldier. Just back?”

“Trying. Obama said he shortened the lines, but there’s still a line. Maybe Trump will fix it.”

“Sorry to hear it.” Howie took both bills out of his pocket. “Hope this helps a little. Good luck.” He rolled the window up and nudged the car back into the far lane of the roadway.

“Wait!” said Felicity. She was fumbling with her purse.

Ignoring her, he flipped the blinker to signal his turn onto the ramp ahead. If Felicity was having an attack of generosity, let her stew all the way back to New York over having been too late. Save it for the doorman, he wanted to say.

He slowed as he neared the ramp. It would be satisfying to teach this rich bitch a lesson, but not at the expense of the guy back there. Charity is sweeter than spite, and Thanksgiving was coming.

He turned off the blinker and drove past the ramp, looking for spot to turn around.