Published in the Zimbell House anthology “The Neighbors”  in January 2017

“We just love songbirds,” the wife said.  Susan something.  I made a mental note to have Jerry look up their names on the Internet when he got home that night. 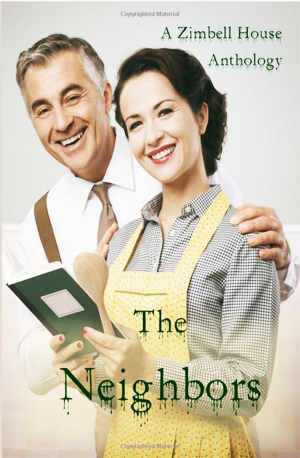 I’d gone over to say hello when the moving van pulled up. I could have just cut through the back yard, but I went all the way around the block to be polite and meet the new neighbor at the front door. I should have saved the effort: Susan Something was already in her back yard, a few feet from our line, screwing a two-armed pole into the ground, tube feeders full of birdseed on the ground waiting to be hung.

“Good morning,” I said, wanting to be neighborly before getting down to an unexpected piece of new business. “I’m Carol Morgan. Husband Jerry. We’re back yard neighbors. That’s our house over there.” Then I got to it, trying to be pleasant. “Those are bird feeders?”

That’s when she said they “just love” songbirds.

“Bears?” she said. She was blonde, about my height, with the kind of hourglass figure I wish I had ten years ago.

“They’re invading the town,” I said. “There was one just down the road last week, less than a mile from here. The environmental people came, but it had gotten away already.”

“Oh, my,” she said. She hadn’t stopped working while we talked, and she was already slinging the first tube of seeds onto pole. “Did they do any damage?”

“Tore up two garbage cans,” I said. “The town tells us we should keep garbage cans inside garages, and keep garages closed. Same with barbecues.” I paused, hoping the emphasis wouldn’t be missed. “And not put up bird feeders.”

“Oh,” she said. Her pretty face turned to a scowl as she took that in. “Do they attract bears?”

“A strong recommendation,” I said. “Those are big animals. The town says once they’re attracted to a neighborhood, they’ll hang around, looking for food. They can do a lot of damage.”

“Thank you,” she said. “We’ll get these out of reach. Tom – that’s my husband — rigged up a pulley system where we lived before. I’ll get him on it as soon as he arrives.” By now she had the second feeder on the pole.

“But you’re leaving them here?”

“Oh, I’m sure it will take the bears a few days to find us,” she said. “Tom will have the new system up by then.”

The fact is we don’t like birds all that much. I mean, everyone enjoys seeing one of those bright red ones – cardinals? — on a snowy birch tree. But that’s mostly on Christmas cards, or maybe a few winter days a year. On summer mornings they can wake you up with all their yammering.

And they’re messy. I mean, the more you feed them, the more they’ll poop all over the yard. More to the point, over neighbors’ yards. Jerry hung a huge hammock between two trees in our back yard, and we like to take an afternoon nap together there on warm afternoons. I didn’t want bird droppings on the hammock.

Her Tom arrived in mid-afternoon, and went right to work on what I must admit was a clever system.  Their house had a second-floor porch, and after a quick trip to Home Depot he began slinging some kind of wire with pulleys on it from a porch window down into the back yard. Jerry was home by then; he actually helped drill an eyebolt into a tree near our line, about eight feet off the ground. In no time the two men had that wire tight, and Tom Something had rigged up two feeding tubes on pulleys halfway down the wire, maybe ten feet off the ground.

The Somethings would refill the feeders, Jerry told me at dinner, by pulling them up the wire to the second-floor porch, where they would keep their supply, so no bear could get near any birdseed. “Nice piece of work.”

“We’ll see,” I said. I had watched birds flocking to those feeders on Susan Something’s pole, and they flocked back as soon as the two men had them up on the wire. When they pecked out seeds, some fell to the ground. There were already pigeons, which are big and messy, strutting around to get the spilled seeds. You wouldn’t want to be a statue and have those birds around. “If the pigeons miss any seeds on the ground,” I told Jerry, “we’ll have a bear.”

Besides, I pointed out, there was what you might call the collateral damage problem waiting to happen to our hammock.

As it turned out, the hammock problem happened first. Jerry and I went out for an afternoon snooze a week later, and found it speckled with droppings from birds that ate from Susan Something’s feeders and flew over to our yard to perch in the trees and relieve themselves. Jerry dragged our garden hose out there and sprayed the hammock hard, and then flipped it over to dry.  “If we turn it upside down when we’re not using it,” he said, “maybe it won’t be a problem.”

I pointed out that he might change his mind if a bird pooped on us while we were dozing in our nice clean hammock. I sensed that he was beginning to share my view of bird-feeding.

Then the bear came. It was barely dawn, but we were up early, and our bedroom looks into the back yard. It was snuffling around on the ground under the Somethings’ bird feeders, and then it stood up and tried to reach the feeders themselves. It was tall, standing on its rear legs and pawing in the air, but the pulley system baffled it. After a while it gave up and shambled into our yard looking for something more to eat.

I had eased out onto our second-floor deck to get a better look. “Get out!” I shouted. Maybe foolish, but I startled him and he took off.  By then Jerry had called the police, who called the dog warden, who called the state environmental people. They showed up forty-five minutes later with a trap as big as a zoo cage. The bear was long gone, of course, but they put the contraption in the Something’s yard, near the feeders, and baited it with a dish of honey.

“Why don’t you put it right under a feeder?” Jerry asked.  He’d gone out to examine the trap. “The birds spill a lot of seed, and the bear might go in after it.”

“Or it might climb up on top of the trap,” one of the environmental guys said. “Just a little extra height is all it would need to reach those feeders, bat them down to the ground and have a feast.”

That gave Jerry the idea that solved the problem. The Somethings had put a picnic table in their back yard, the heavy kind with built-in plank benches, not far from the feeders. He and I sat up until after midnight, then tiptoed out. It was heavy, but we managed to move it. Just a few feet, hardly noticeable, but enough to make it a kind of bear stepladder.

The critter came the next night, destroyed the feeders and gobbled up all the seed.

Two days later, Jerry phoned me from the car on his way to work. “There’s a for sale sign in Tom and Susan’s front yard,” he reported.

I went through the back yard to knock on their kitchen window, and she came out. “Sorry to see you go,” I lied. “We’d hardly gotten to know you.”

“Likewise,” she said. “But Tom has found a house on the other side of town, on a little peninsula that juts into the lake and is almost cut off by the highway. He doesn’t think a bear can get there.”

Bears can swim, I almost said, but I stopped myself. Let her find that out for herself. 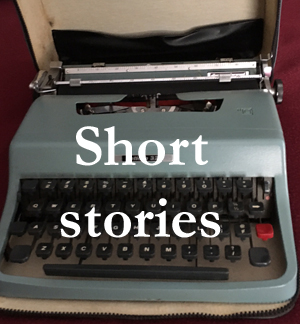 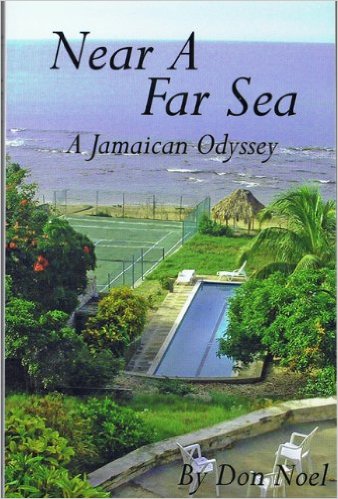 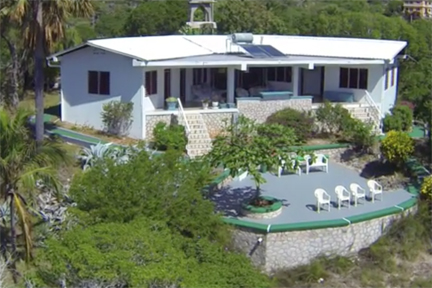 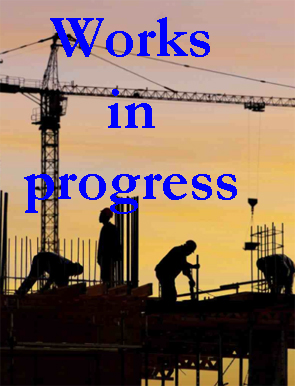