Drusilla rather enjoyed solitude at first. Harmony Acres’ ceaseless activities were mostly enjoyable, as were her fellow residents – like her, well into retirement. But a respite was pleasant.

But by now social distancing, which meant staying in her apartment with meals and mail brought her, was becoming a drag. Necessary, her daughter Belinda reminded her by phone from Vermont every Sunday evening: “You’re 86, Mama. A likely target for that virus.” Still, a drag. 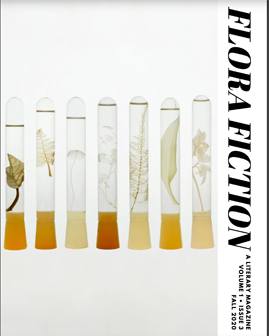 This morning she punched off her old wind-up alarm when it clattered at 7:30, and slept until 10. Probably needed the sleep, she told herself, but that didn’t entirely erase a twinge of guilt. Doubling down on indolence, she skipped her usual wake-up shower – hot, then cold, then brisk toweling – and slipped on a housecoat.

She had her usual spartan breakfast –yogurt with honey, hard-boiled egg, whole wheat crackers, and a cup of very good tea brewed properly in a ceramic pot – and browsed the morning newspaper. “This is brunch,” she said aloud, the sound of her voice reinforcing determination not to indulge in another mid-day meal.

She put an apron over her housecoat to wash the dishes. Taking it off, though, the housecoat reminded her of her slothfulness. She went back to the bedroom to dress.

Now properly attired for a day in which she mightn’t meet another soul, she cleared her desk of several days’ half-read mail, cleared her e-mail inbox of dross, and checked her calendar. Mid-day yoga and pool exercise classes: cancelled. All committees: cancelled. The cafeteria’s online display reminded her what she’d ordered yesterday, which would be delivered soon by a staff member who’d put it on the hallway shelf, ring the doorbell and disappear lest they breathe at each other.

Social distance ruled. Not only boring, but deadening. The newspaper had reported on a prison reform group – one of a dozen causes she supported and was inundated by – whose studies showed that solitary confinement fostered mental health deformities, including suicidal tendencies. She fingered her wrist for a pulse, and decided she was not suicidal.

Drusilla envied neighbors with ground-floor apartments, who could go outdoors and wander within six feet of one another. She went out to her own patio and looked across and down to a dozen-and-a-half neighbors’ porches and terraces. No one else was out.

She considered a phone chat with Lucy Parker, who sat next to her in the residents’ choir – back in the day — but hesitated, lest she seem lonely and craving attention. She thought about phoning Hattie Ogden, who was 95 and always lonely. She was also very deaf, though, and played her television very loud all day long. Drusilla’s last call had been disastrous because she couldn’t shout into the phone loud enough to get through, and Hattie wouldn’t or couldn’t turn down the TV. Drusilla would have to be in an ebullient mood to go through that again.

By mid-afternoon, bored to tears, she turned to the Metropolitan Opera streaming service – she was a supporter and subscriber – and made the TV play a favorite, Der Rosenkavalier.

Thumping from the apartment below was immediate. Augustus Pompeo – a retired clergyman with an extraordinarily apt name — was a fat old man who didn’t like opera. In fact, liked only church hymns, and kept a broom handy to remind her by rapping on his ceiling, which was her floor.

“Sorry!” she bellowed, hurrying to turn down the volume. When the rapping continued, she turned it down further. Brother Augustus, as he liked to be called – even in his youth, she imagined, he’d never been Augie or Gus – was 90, all faculties failing except, unhappily, his hearing.

Fat Brother Augustus must have decided to tolerate her diminished opera, though; the thumping stopped. She got out her sewing basket and gave the opera half her attention. Not memorable music, she thought, typical Richard Strauss: slightly dissonant prologue, stage-setting stuff. She could get up and find a barnburner like Boheme or Traviata, but more demanding music would stiffen her spine. She tried to listen for the orchestra and vocalists sharing what few sparse melodies came to Strauss in Bavaria or Berlin or Vienna or wherever he composed.

Finally, near the end of the first act, she put her mending down to give the opera full attention. The “aging” Marschallin – supposedly only 32, not much more than a third her own age! — was, as always, struck by the certainty that her young lover – 17! – would someday abandon her for someone his own age. Strauss had her reflect on her passing years: “Sometimes I get up in the middle of the night and make the clocks all stop.”

Drusilla had never stopped any clocks, even when Howard died four years ago. She listened now, trying to tune out Strauss to hear the measured beat of the grandfather clock his parents gave them as a wedding present. She’d considered skipping its weight-and-chain winding, but decided that would be too maudlin.

On the television, the Marschallin — Renée Fleming, made up to look younger than her real 58 but nothing like 32 – was kanoodling with a contralto whose butch haircut or wig made her almost believably a teen-aged stud. Drusilla had never had a lover half her age, let alone cradle-robbing. There’s opera, she thought, and there is real life. Real life had been pretty good.

The Marschallin sang on: “I feel the weakness of everything temporal right down to my heart . . . .” — Drusilla wondered if she really missed all the cancelled busy-ness — “everything dissolves, what we reach for.”

‘No!” Drusilla shouted, bringing a chastening thump from Augustus. “It’s still a good life, and not over yet! We’ll all get past this pandemic, and get back to enjoying old age!”

“Time is a weird thing,” the Marschallin sang. “around us, inside us . . . . in the mirror she trickles, in my temples she flows . . . silently, like an hourglass.”