Sun-drenched. Exactly the right word, learned just a few weeks ago in Miss Hirschoff’s English composition class. The sun, still an hour from mid-day, was an orange orb in a blue sky, so vivid that looking up hurt his eyes. 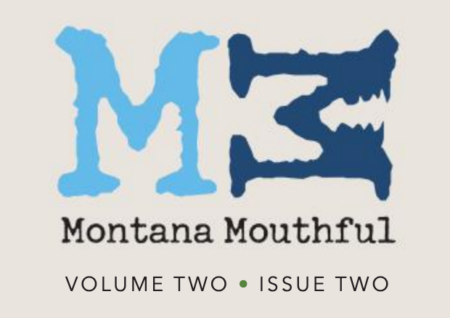 He reached down to feel the knee-high meadow grass. It must have been dew-drenched at dawn; now it was warm and dry.

Would Susan want to lie down in that thick, verdant growth? Or would she worry about telltale grass stains? He had no idea what to expect. English comp, where they met, was the only class in which a sophomore like him might get to know a senior, someone more experienced. He’d begun really getting to know her only last night, taking her home from a movie.

She’d seemed eager, inviting his tentative kisses. Then abruptly she sat up, reached under her sweater to unhook her bra, and curled backward into his arms. He’d felt inept, literally feeling his way through a welter of warm, wet kisses and firm flesh. At his older brother Josh’s instruction, he’d worn his football team jockstrap to keep his tumescence in check, but hadn’t been sure it would continue to contain his alarming stiffening.

And then just as suddenly she’d stopped him, sat up. “Your car isn’t very comfortable, and it’s getting chilly,” she said. “Do you know Dyson’s farm?”

Of course. A dairy out on the edge of town.

She was remarkably explicit. A hayfield out beyond the house and barn. Don’t go through the barnyard; take Mason Road. Look for an almost-invisible dirt track. “Seems to go nowhere, but it snakes through a little strip of woods into the field. Noon tomorrow?”

Without waiting for an answer she was out of the car, up the front steps, blowing him a kiss as she let herself into the house.

So here he was, early because unsure he’d so easily find the dirt track. He had time to think about what would happen, how he should go about this new opportunity. Experience. Adventure. He had dated girls his own age, making out in juvenile, amateurish ways. Susan promised to be different.

It was a perfect place for a rendezvous: A smallish field, protected on all four sides by windrows of poplar or ancient apple trees, tall sumac and brush. She or anyone coming through a windrow would see him standing here, but if they lay down together they’d be invisible.

She’d called it a hayfield, so this tall grass must be alfalfa or timothy or perhaps rye. Would they undress? Would she let him take off her clothes? Would the green hay be too scratchy? Should he have brought a blanket?

He tried to remember movies with outdoor love scenes, and couldn’t remember anyone’s having a blanket. Not surprising: Good writing, Miss Hirschoff taught, even movies, left some things to the imagination. “The horizontal iniquities,” she said one day, smiling at her own wordplay, “are best conducted under the asterisks.” She immediately hurried on to some other topic, perhaps feeling she’d been too explicit, that someone might report her. Not likely: Perhaps because everyone wanted to reassure her of their complicity in such naughty wisdom, no one laughed or even snickered.

Susan, though, caught his eye, arched her eyebrows, winked and smiled at him. After class, in the hallway, she’d suggested last night’s movie date.

A sudden thought: Should he have bought a condom? He could hardly imagine going into Dougherty’s and asking for condoms. Perhaps she would bring one. But what if she didn’t?

He lay down for a moment and rolled over. The hay was soft, yielding, releasing a subtle fragrance where he crushed it.

Yielding. He liked the word, and stood up to luxuriate in its meaning. He felt himself straining against the jockstrap again, and tried to focus his mind on the hay, windrows, blue sky and bright sun.

His mind drifted, unbidden, to wonder how she knew this field would be so perfect for a rendezvous. He forced himself again to focus on the hay, windrows, blue sky and bright sun.

He somehow felt less ebullient. Miss Hirschoff’s choice of words came to mind: horizontal iniquities. If his mother knew that he was here, had any inkling what he was here for, she would surely think it an iniquity.

He wondered if Catholics had it better: Go to confession, accept some innocuous punishment, a few prayers, and put it behind them. He had visited his friend Mickey’s church, seen the confessional. He imagined himself confessing iniquity to the anonymous presence behind the screen. He wondered if more severe sentences were meted out to those who came back confessing again to the same behavior.

Suppose Farmer Dyson made the rounds to see if his hayfields were ready to mow. He searched the windrows, trying to listen for the sound of someone coming through. There was a bit of breeze now, stirring the brush and branches, so he might not be able to distinguish an approaching farmer. He sat down, then lay down on his back, contemplating the haystalks framed against the azure sky, assaulted again by the sweet perfume, wishing again that he’d thought of a condom.

No farmer would see him now, it occurred to him, but neither would Susan. She might think he wasn’t here; he’d come on his bicycle, and stashed it in the woods. He might not hear her approach, either. Would she call?

One thought on “Iniquities”