Published in Canary, a Literary Journal of the Environmental Crisis, in its 50th issue on the day of the Autumn Equinox,  September 22, 2020

Riding by Methuselah reminded Buck Everett that he was tired, and maybe getting a little old for this work. He’d spent most of yesterday tracking down 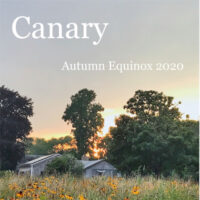 a bull that – like all the damned bulls — had followed some bovine whims along the-11,000-foot flanks of White Mountain and down a grassy canyon below the sparse McAfee Meadow.

With the help of extra hands who’d ridden up to help, the herd of cows and calves had been rounded up easily and driven down Cottonwood Creek. They were by now back at the ranch, whose valley browse had matured while they were up here on summer range and would be ample to get them through the winter.

And he was left alone up here tracking down the bulls, off today a half-day’s ride in the opposite direction from yesterday. He was at this moment guiding Ginger through what the Forest Service called the Patriarch Grove of the bristlecone pines, and hadn’t seen his quarry yet. The bulls oughtn’t be up here anyway: They’d done their job, siring a new crop of calves, months ago. He should persuade Glen next year to leave them in the valley – or hire a younger man to round them up.

He looked across the Owens Valley to the snowy crest of the High Sierra. It sucked up any Pacific moisture that made it through central California, leaving Death Valley and most of the California-Nevada border in a gigantic rain shadow, helping make the ground under his feet – or strictly speaking under Ginger’s feet – the perfect climate for the planet’s oldest trees.

This Methuselah, the experts said, clocked in at more than 4,800 years. By the time he found this next bull and got it back to cow camp, it would be dark and he’d feel that old. In past years, Nonie had spent the summer up here with him and would have dinner waiting. This year Glen sent an extra two hundred heifers up, and some young cowboys to help tend them, so he’d spent the whole summer a bachelor.

Glen, the ranch manager, who had a college degree, liked to talk about the geology of this range. White dolomitic limestone, he said, whose alkalinity discouraged much of anything from growing apart from thin alpine grasses; the aridity reinforced the handicap. Even the bristlecones didn’t thrive there, Glen argued; they merely survived – mostly because little else in the plant kingdom is stubborn enough to compete for thin soil and maybe ten inches of rain a year.

Ginger snickered and veered off down a shallow canyon bowl. He could see a grassy bottom and a spring the size of a hat, without enough volume to carry any water downstream. Sure enough, there was the damned bull. He braced himself in the stirrups as she half-slid down. The horse knew the drill so well that Buck hardly used the reins: Get behind the bull, headed home, and it would shamble off in the direction pointed.

Beef. That’s what they were growing, and what he survived on up here, along with potatoes and canned everything else. Thin rations, like the trees. When they set up cow camp in June and drove the herd up, Cookie had a whole side of beef trucked up and hung in a kind of solid, critter-proof outdoor closet. It chilled close to freezing every night; Buck zipped it into an abandoned sleeping bag every morning to retain the cold. Every night he took off the bag and sliced off enough for dinner. It was near gone now, but maybe the best-cured beef in California. His mouth watered, thinking about it. 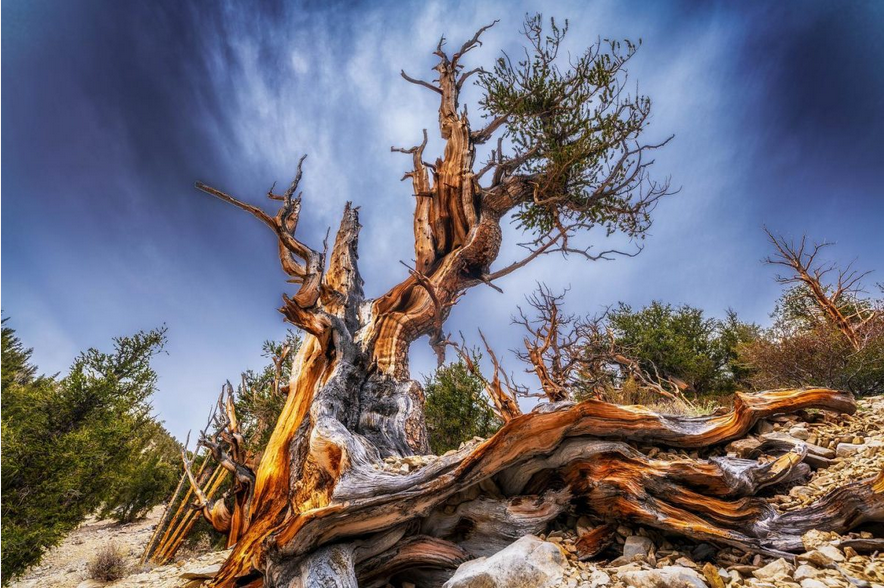 They were back to the Patriarch Grove. Scattered shipwrecks of trees that didn’t justify a word like grove. There were no straight, tall, round boles; trunks were thick, misshapen, only occasionally topping 40 feet, with thin bark that almost never protected the whole tree. Clusters of foliage – branches bearing dark green needles – were sporadic, and mostly on the east. Anybody could see where the prevailing winds came from.

His kids had always loved seeing these trees, he remembered, which made him think about Nonie, which took his mind to the fact that even the oldest of these trees continued to propagate. He’d chanced to see it once: the male cones had rare orgasms of pollen that impregnated their own female cones. The ensuing seeds were protected in the sharp-bristled cones for which the species was named.

And then – nature’s marvels – the mature seeds were prized by the Clark’s nutcracker, which buried them for future use in small clumps, some of which sprouted and spliced themselves into trunks that looked as though giant hands had twisted them to spiral upward.

Some appeared dead, but weren’t. In dry years they clung to life by thin ribbons of bark and cambium that carried just enough moisture and nourishment.  We aging humans, Buck thought, have narrowing arteries, stiffening joints, hearts that don’t pump and lungs that don’t oxygenate as well as well as they used to. And that even though we – unlike these trees –keep ourselves for the most part in friendly climates.

For the most part. The sun was setting, and it was cold already. He’d light the pot-bellied stove as soon as they arrived, and only then put out some feed for Ginger and the bulls. All of them were beginning to grow shaggy coats, not relying on wool underwear and down vests like fragile humans.

Then he would manage to find a little meat on that well-whittled side of beef, and see what else he could scrape together for a meal — before collapsing into his bunk.

It would be good to admire those ancient bristlecones from a greater distance.